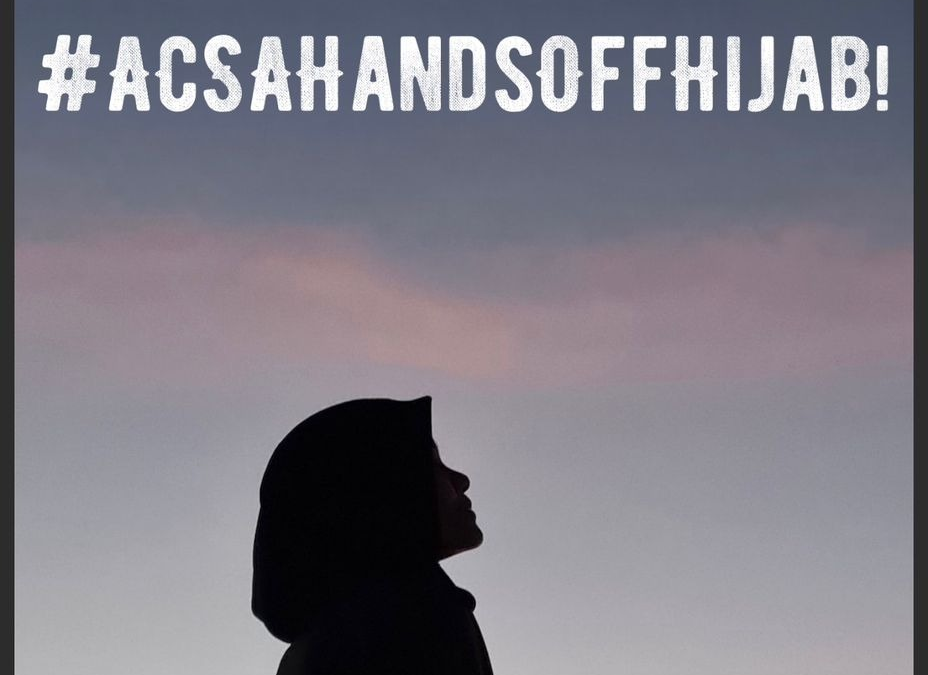 Is it fair to claim that OR Tambo International Airport (ORT) in Johannesburg is gradually attaining notoriety as South Africa’s leading institution where Islamophobia is rampant?

In many Muslim circles across South Africa, this seems to be the perception following reports of unfair harassment experienced by Muslim travellers at the hands of security staff at OR Tambo.

Since news first broke by an angry Muslim woman complaining about unfair treatment she was subjected to by members of ORT security, the numbers have spiralled overnight with more than 300 more aggrieved persons relating their tragic accounts.

News reports reveal how ORT personnel sparked outrage after a well-known event planner shared her frustration on her Instagram post. Nadia Adam claimed she was subjected to a full-body search despite being cleared by “the electronic scanners”.

Interviewed by the Cape Argus, Adam pointed out that as a Muslim woman, she often travelled to different destinations overseas wearing a headscarf. She was never patted down in the manner she was at ORT.

She was quoted as saying “I hate it when airport security feels my hair bun or press my head through the scarf. It’s for this reason I always make sure I wear nothing metallic that will set off the security beeper.”

Adam also made the point that unlike other countries that use scanners, “…in our country they actually use their hands under your bra, in your bag, under your thighs, on your hips, it’s everywhere”.

While outrage in Muslim circles has grown as more women raised their ire via social media posts, it is to the credit of the National Freedom Party (NFP) for swiftly condemning the Adam incident and calling for an urgent investigation into ORT’s security policy.

While the Ramaphosa government, its relevant ministry and the ruling African National Congress (ANC) has to-date remained tight-lipped, the NFP’s MP Ahmed Emam issued a tough-worded statement: “It is unacceptable that Muslim women are subjected to this level of outright bigotry and Islamophobia”.

The statement adds that Muslim women wearing religious headgear have been “unfairly targeted based on their religion and attire, without a clear security violation to back up what is evidently religious profiling”.

While some may construe the NFP statement to be unduly hard-hitting with choice of words accusing ORT security as “bigoted” and “Islamophobic”, victims of profiling will agree with it.

Text of message by an irate traveller outlining her traumatic experience, is another painful testimonial of religious profiling:

“My mum who is 84 years old and myself were taking a flight from OR Tambo Airport to Durban.

Both of us are in full hijab and had our niqaabs on.

We went through the metal detectors and nothing beeped.

However, we were both stopped and subjected to a full body search in front of other passengers.

My mum who is in a wheelchair was told to get off the wheelchair and subjected to a full body search. The staff were very rude and abrupt and we were not treated politely.

After I was searched I went towards my mum as she gets very scared and stressed but I was stopped by the staff and told that I could not come by my mum until they had finished searching her.

I had to watch my mum subjected to this unfair treatment.

None of the other passengers were subjected to this.

It was just us Muslim ladies who are been treated in this manner.

It was a very traumatizing experience for us. It is totally unfair that we as Muslim woman are been subjected to this treatment because we are in full hijaab.”

A moving account indeed which alerts us of targeted profiling of Muslims.

It is outrageous that such shocking assaults on human dignity are occurring on South African soil – 3 decades after the demise of apartheid!

Islamophobia is a scourge and unless treated as a hate crime and outlawed, it will continue to manifest in menacing ways to hound Muslims.