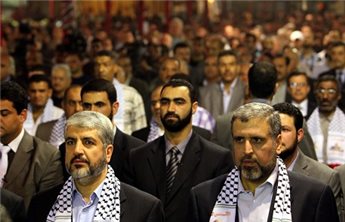 “I think that the Palestinian leadership is aware of that and I hope that they don’t fall into the trap, especially since the Arab World is on the edge of a new and more dangerous Sykes-Picot agreement,” Shallah said, referring to a 1916 agreement which divided the Ottoman Empire in the Middle East into European spheres of influence.

“Our enemies are trying to divide the already divided land and exchange the conflict with the Zionist with a religious and a sectarian one,” Shallah said during a public speech.

The Jihad leader said that the Sykes-Picot agreement, the Balfour declaration, the Nakba in 1948 and the Naksa in 1967 had been the key historical events contributing to the plight of the Palestinians, and the region at large.

“We must admit that the situation of our nation today is the worst it has been in all phases of history,” Shallah said, blaming division and sectarianism in the region.

National resistance is crucial to keep the question of Palestine alive, and Palestinians must not take part in internal conflicts.

The Islamist leader’s comments came as Israeli and Palestinian officials were due to meet for a second day of direct talks on Tuesday.

US Secretary of State John Kerry was to host a second meeting between Israeli chief negotiator Tzipi Livni and her Palestinian counterpart Saeb Erakat after they first shared an iftar dinner after sundown late Monday.

“It was a constructive and productive meeting between the parties. They engaged in good faith and with seriousness of purpose,” a senior State Department official said in a statement, after the dinner lasting about 90 minutes.