What Bradley Manning showed the world about Israel/Palestine 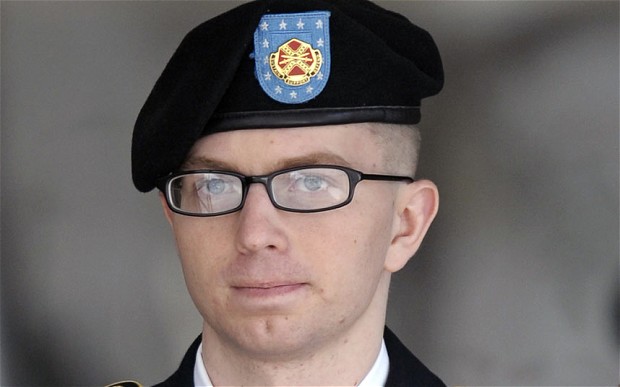 The trial of military whistleblower Bradley Manning has refocused attention on the revelations about U.S. foreign policy his actions produced. Much ink has been spilled on the headline-making news related to Iraq and Afghanistan that WikiLeaks, the organization Manning leaked to, shed light on. But WikiLeaks’ and Manning’s actions also exposed many important details about Israel/Palestine.

The massive amount of State Department cables that Manning handed over to WikiLeaks was a deep look into how U.S. policy on Israel, Palestine and the larger Middle East play out. Here’s a look back at some of what Manning told the world about the region—a reminder why Israel/Palestine watchers should be concerned with Manning’s trial and sentencing.

Israeli praise for the Palestinian Authority

The Palestinian Authority (PA) remains a buffer between Israel and a Palestinian population resentful at a 46-year-old foreign occupation. The West Bank’s limited governing authority cracks down on armed resistance to the occupation and other forms of dissent while doling out salaries to employees who rely on it to make a living. It’s a formula to keep the West Bank quiet as settlements expand across the occupied territory.

WikiLeaks focused attention on how important the Palestinian Authority is to Israel. In 2009, Prime Minister Benjamin Netanyahu said that he wanted to“strengthen” the PA during his term in office, according to one State Department cable. Another cable from that same year shows why Netanyahu wanted to boost the PA. Israeli defense ministry official Amos Gilad “noted that Israeli-PA security and economic cooperation in the West Bank continues to improve as Jenin and Nablus flourish, and described Palestinian security forces as the ‘good guys,’” as another cable reads. A separate cable also reveals that Gilad was concerned about PA President Mahmoud Abbas’ longterm viability. Other cables revealed closesecurity cooperation and intelligence sharing between the PA and Israel, though PA officials wanted to keep those activities under wraps.

Fast-forward to today, and those revelations still resonate, though the situation has changed some. Israeli actions like transferring tax revenue to the PA are about shoring up the West Bank government. For Israel, the worst thing that could happen would be for the economic unrest that rocked the PA in late 2012 to get off the ground again, threatening the stability of the authority that keeps a lid on Palestinian unrest. There’s also continued concern about the PA’s long-term viability. As a recent International Crisis Group report showed, the threat of a Palestinian uprising against the PA or Israel is real, though distant for now in large part because of a lack of leadership. That report also documented a deterioration in security cooperation between PA forces and Israel.

As the days drag on with little political change on the ground in the West Bank, the gap between the PA—important for Israel’s stability, as WikiLeaks showed—and their constituents is bound to grow.

The Obama administration is engaged in another all-out push to jump-start the moribund “peace process” between Israel and the PA. But they have run into a roadblock: the PA’s insistence that a settlement freeze be implemented and that Israel commit to the 1967 borders as the basis for negotiations. The PA, under intense pressure to cave on these demands, has good reason to play hardball, asWikiLeaks showed Benjamin Netanyahu’s vision for a Palestinian state. While much of these details were known without WikiLeaks, the details in the documents are still a useful reminder of what Netanyahu says when he utters the words “Palestinian state.”

In a 2007 meeting with Congressman Gary Ackerman, Netanyahu laid out his refusal to divide Jerusalem and return to the 1967 borders—core components of a viable two-state solution. Two WikiLeaks cables from 2009 reveal that once he got in the prime minister’s seat, his vision stayed the same. He told a Congressional delegation that “a Palestinian state must be demilitarized, without control over its air space and electro-magnetic field, and without the power to enter into treaties or control its borders.”

The Gaza assault and the Goldstone report

The Israeli assault on Gaza in 2008-09 was the subject of a number of important Manning-leaked cables. The cables exposed regional cooperation with Israel while it waged a punishing air and ground campaign that resulted in the deaths of 1,400 Palestinians, the majority of them civilians.

A June 2009 meeting detailed in a diplomatic cable showed that Israeli Defense Minister Ehud Barak told U.S. officials that Israel had consulted with both Egypt and the Palestinian Authority before invading Gaza. Barak asked them whether they would take over Gaza in the event of a Hamas defeat. Both said no. Other cables showed coordination while the invasion was going on. One cable revealed that the targeting of tunnels to Gaza was “coordinated with Egypt.” Another cable showed how Israel frequently consulted with PA security forces over how to control protests in the West Bank against the Gaza assault.

The fact that Israel consulted with pre-revolutionary Egypt and the PA on defeating Hamas is no surprise. The Fatah-dominated PA and Hamas have been at loggerheads ever since Fatah attempted to take control of Gaza from Hamas in the aftermath of democratic elections the Islamist party overwhelmingly won. The Fatah attempt was backed by the U.S.

And before the revolution in Egypt, the Mubarak government was a key regional ally of Israel and the U.S. Mubarak-run Egypt wanted to restrain Hamas’ power in part because of the group’s links to the Muslim Brotherhood, the main opposition group to Mubarak. But even after the revolution, Egypt has done its best not to antagonize Israel or the West. It has continued to crack down on smuggling tunnels into Gaza used for consumer goods and weapons. The one significant post-revolutionary change that has taken place is that the Rafah border between Gaza and Egypt is open for people, though its not open for goods.

WikiLeaks also showed the extent to which the U.S. shielded Israel from international action over alleged war crimes in Gaza during Operation Cast Lead. One October 2009 cable detailed a meeting between UN Ambassador Susan Rice and Israeli Foreign Minister Avigdor Lieberman. Rice told Lieberman that the U.S. was doing everying it can to “blunt the effects of the Goldstone report” and that the U.S. was sure it could build a “blocking coalition” to ensure that the Security Council not take action the report. Sure enough, the Security Council helped bury the report.

Other cables show similar actions. Israel had attacked a number of UN facilities during the war, and the UN wanted to investigate those strikes. A report detailing the 9 incidents where UN facilities were struck by Israel recommended that an impartial inquiry be carried out. But WikiLeaks documents showed that after Rice brought pressure to bear on the UN Secretary General, the possibility of an independent inquiry was squashed.

Many of the revelations that Manning helped to bring into the light came as no surprise. Still, they offered intimate details of official meetings that exposed how U.S. foreign policy in the Middle East is conducted. Now, Manning is facing life in prison for his actions–he’s accused of violating military and civilian law. The trial is set to last for the next 12 weeks.