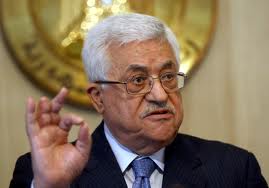 The letter by Martin Frack on 1 August “Moderate Abbass may be a solution in peace talks” is a shocking reminder of the old South African “moderates” that our Nelson Mandela and others resisted because the word ‘moderate’ usually means a person with no principles and one who therefore collaborates against his own people with whoever is in power. Sad to say, the writer obviously does not believe in democracy but rather in a form of Apartheid and Jewish supremacy. Hence, his logic of Jewish and Arab statehood. He also disregards the fact that Hamas was democratically elected by the people of Palestine, while Abbas is an imposed leader, installed by the US and Britain as are many other Arab leaders in the middle East. It is convenient for the ruling powers to ‘negotiate’ with their own puppet while promoting the term ‘Peace Talks’, which are really a disguise for the real intentions of the US and its allies to keep Jewish Extremism and the unjust occupation of Historic Palestine, a greater part of which is now known as Israel, intact.

The result of 40 years of the same kind of ‘Peace Talks’ have been that illegal Jewish settlements continue, political prisoners continue to be incarcerated, innocent people including children are subjected to daily harassment at checkpoints, different laws for different races, exclusive roads for Jews and inferior ones for non Jews, and the list of injustices is endless. Israel refuses to budge on the rightful return of the evicted refugees of Historic Palestine, and the attempt by the likes of Martin Frack to cloud this simple issue is sad, especially in a democratic South Africa, where Jews and everyone else that is not Jewish are regarded as equal citizens. Why not in Israel?

God fearing people need to remember that on the Day of Judgement, all will be equal before God and we will all have to answer, not just for minor sins, but for ignoring the oppression of people even though, when we in South Africa were oppressed, many around the world helped us in our fight for freedom against Apartheid. Shouldn’t we, Martin Flack and all, be fighting against the injustices of the Apartheid State of Israel today?

He also misquotes the Hamas Charter, and this begs the question, why say things that are untrue? Is this what members of ‘Team Israel’ are taught to do in their fight for Jewish supremacy? I implore all readers to do the simple thing: Follow our leader Nelson Mandela when he fought for freedom in South Africa, and read what he said about our freedom being incomplete without the freedom of Palestine from a similar racist oppression