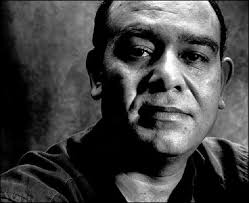 Palestinian human rights defenders inside Palestine face particularly daunting challenges. They work in an environment in which every aspect of daily life – walking down the road, sending children to school, looking for work, seeking medical care and more – must be navigated within the strictures of military occupation, disempowerment, siege and apartheid.

There are house demolitions, checkpoints, walls, military attacks, settler violence, arbitrary night-time arrests, road closures, and more. Daily life takes place within an atmosphere of permanent human rights violations, with every Palestinian experiencing, year after year, the ordeal of acute vulnerability, not only personally, but in relation to family, friends, neighbourhood and residency rights.

So the work of documenting, challenging, advocating, and bearing witness to such an array of abuses requires a rare blend of deep commitment, bravery, and perseverance. Under such trying circumstances, the durability and impact of Palestinian human rights defenders is a remarkable expression of one aspect of Palestinian sumud, or steadfastness. It is remarkable in part because the Israeli oppressors have done their best over the years to discredit, intimidate, and punish all those who dare to call attention to the unlawfulness, indeed criminality, of their prolonged occupation and continuous encroachment on the most fundamental of Palestinian rights, that of self-determination.

One of the most durable and effective of these Palestinian human rights heroes is the lawyer Raji Sourani, the founder and director of Gaza’s Palestine Centre for Human Rights.

Just days ago Sourani was honoured by receiving a Right Livelihood Award, known as the “alternative Nobel Prize”, the first Palestinian to be so recognised. The award is a most deserved recognition of decades of dedicated legal work and advocacy on behalf of human rights for the Palestinian people, including his role as the founding director of the PCHR more than 15 years ago.

It should also be noted that there are many other deserving human rights defenders who warrant acknowledgement, among them Raja Shehada, founder of Al Haq on the West Bank that has also done great work over the years, and the brave Issa Ambro who has taken on the settler violence in Hebron, a flashpoint of tensions over the years, and made to pay the price in blood and detention. There is now a whole new generation of human rights lawyers and advocates in Palestine, many who trained under these early predecessors.

What may make Sourani’s and PCHR’s work especially credible from an international perspective is the willingness to challenge human rights violations coming from non-Israeli sources – most notably the Hamas government of Gaza and the Palestinian Authority in the West Bank – and doing so without losing the understanding that the Israeli occupation remains the underlying problem.

What may explain part of both Sourani’s toughness and commitment to human rights and the rule of law, is that he has devoted his career to work in the Gaza Strip, where the rigours of Israeli occupation remain at their harshest despite the spurious claims since 2005 of Israeli disengagement.

As a lawyer his practice has focused almost entirely on defending Palestinians from human rights violations – those facing expulsion, arrest, detention by Israeli military authorities, as well as most significantly, those facing discriminatory or repressive treatment by Palestinian authorities.

To take on Palestinian violations of the human rights of the Palestinian people shows us two features of Sourani’s engagement: that he is a principled defender of all human rights and not solely an anti-occupation activist, and that he has the courage to risk reprisal from the governing authorities who are known to be vindictive. And it should be also noted that Sourani’s Centre in recent years has been sternly critical of Hamas whenever it violates the basic due process rights of Gazans; earlier he was as critical of Fatah when it overstepped the rule of law in its administration of Gaza.

With his unyielding focus on international criminal law, and especially international humanitarian law, Sourani has long made his voice heard in the most influential human rights venues around the world. His professional competence, analytical clarity, and moral passion made him a sought-after speaker, and led to a variety of connections beyond the confines of tormented Palestine. He served as a member of the International Commission of Jurists (ICJ), Vice-President of the International Federation of Human Rights (FIDH), a member of the International Association of Democratic Lawyers (IADL). After his arrest by Israeli occupation forces during the first Palestinian intifada in 1988, he was already internationally enough known to be immediately designated as a “prisoner of conscience” by Amnesty International, a classification reserved for only the most prominent victims of state oppression.

Sourani’s contribution, and that of PCHR, is both similar to and different from that of many other human rights organisations. A major part of their work is to document the human rights violations inherent in Israeli occupation and apartheid policies, including, importantly, economic and social rights as well as civil, political and national rights. Much of that aims to expose – especially internationally – the ubiquity and the very specific violations of international law and international humanitarian law that characterise Israeli repression, including arbitrary arrests, detention without trial, arrest and other mistreatment of children, and severe mistreatment of prisoners and detainees.

PCHR has given special attention to viewing Israeli violations from the perspective of international criminal law, specifically in allegations of crimes against humanity. Sourani and other Palestinian human rights defenders, in contrast to the Palestinian Authority, insisted on pressing as hard as possible for the implementation of the recommendations of the Goldstone Report, which inquired into violations of international humanitarian law in the course of Operation Cast Lead, the Israeli sustained military assault on Gaza at the end of 2008. It was Sourani who again called for an international investigation into the criminality of the Israel military operation in Gaza in November 2012.

What may make Sourani’s and PCHR’s work especially credible from an international perspective is the willingness to challenge human rights violations coming from non-Israeli sources – most notably the Hamas government of Gaza and the Palestinian Authority in the West Bank – and doing so without losing the understanding that the Israeli occupation remains the underlying problem. Under Sourani’s leadership, PCHR has criticised Hamas authorities when it relies on repressive practices or inflicts excessive punishment, including the summoning of academics for police interrogation for their allegedly “anti-Hamas” statements, or the brutalised execution of alleged Israeli collaborators. A  recent PCHR investigation also exposed and condemned two recent “honour” killings of women allegedly by family members in West Bank villages, accompanied by demands that the PA prosecute those accused with the same vigour as others accused of murder, while respecting their international human right to a fair trial.

Recent developments in Egypt following the coup of July 3 have subjected the people of Gaza to unprecedented hardships. That is something quite extraordinary, considering the burdens already imposed by Israel’s comprehensive blockade in mid-2007, and all but destroying the export side of the Gazan economy. Now, Egypt is destroying the tunnel complex on which Gaza depended to avoid some of the worst effects of the blockade, and has restricted Gazan fishing in coastal waters in a cruel and arbitrary manner.

Hopefully, Sourani’s award will call some attention to this regime that has caused so much suffering for the 1.7 million Gazans, a flagrant violation of Article 33 of the Fourth Geneva Convention that unconditionally prohibits collective punishment, and a standing rebuke to the UN for its failure to implement the Responsibility to Protect norm, which it so proudly proclaims and so inconsistently invokes.

In building the importance of human rights and the rule of law in Gaza, as well as for Palestinians more broadly, Sourani has played an important role in strengthening the fundamental basis of the last decade’s shift in the international mobilisation for Palestinian rights. As Palestinians both inside and outside the occupied territory have moved from an always-contentious, solution-based approach (one state or two states, bi-national or secular) to a rights-based strategy, the work of Raji Sourani and PCHR has been of enormous value. The possibility of a viable, just, comprehensive two-state solution has all but disappeared as a result of the rightward drift of Israeli politics, the massive expansion of Israel’s settlement project that has inserted over 600,000 illegal Israeli settlers into occupied Palestine, the land-grabbing separation wall, along with the unlawful annexation of East Jerusalem.

In response, a recognition of a non-violent, rights-based approach resting on civil society militancy has become far more widespread, encouraging the rapid growth throughout much of the world of a Palestinian human rights and solidarity movement that is becoming reminiscent of the Anti-Apartheid Campaign of the 1980s that was so effective in precipitating the collapse of the racist South African regime.

In such a context, human rights, international law and equality form the core of a global, as well as national, strategy for ending the occupation, ethnic cleansing, denial of the right of return, and apartheid, and above all, for achieving Palestinian liberation and freedom, thereby finally giving content to long denied aspirations and so fulfilling the dream of and the right to self-determination. It is in that context that the decision of the Right Livelihood selection committee to award one of this year’s prizes to Raji Sourani becomes a powerful new tool for all those working towards those goals.

Having worked with Raji Sourani for many years, we can also affirm his human qualities of kindness, warmth, and humour – a love of life that is rather inspiring considering the privations that he, along with the people of occupied and besieged Gaza have experienced for decades. It is this quality of the joy of life that Sourani exemplifies that makes so many of us who have worked closely with Palestinians for many years come away, not with pity, but a sense of exhilaration, and a belief that despite all, justice will triumph in the end.
Phyllis Bennis is a Fellow of the Institute for Policy Studies and of the Transnational Institute in Amsterdam.

Richard Falk is Albert G. Milbank Professor Emeritus of International Law at Princeton University and Visiting Distinguished Professor in Global and International Studies at the University of California, Santa Barbara. He is also the United Nations Special Rapporteur on Palestinian human rights.

The views expressed in this article are the author’s own and do not necessarily reflect Al Jazeera’s editorial policy.