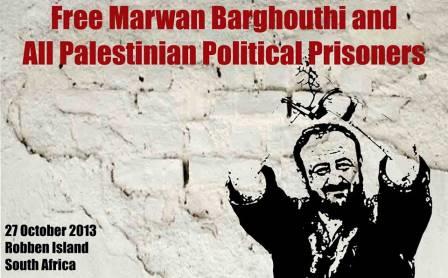 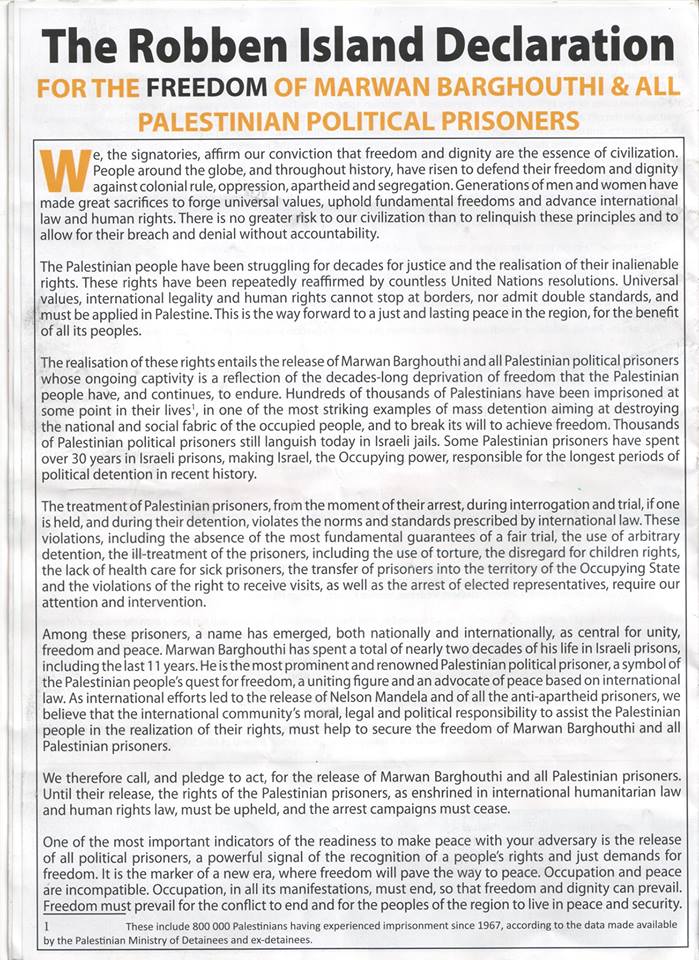 We, the signatories affirm our conviction that freedom and dignity are the essence of civilisation. People around the globe, and throughout history, have risen to defend their freedom and dignity against colonial rule, oppression, apartheid, and segregation. Generations of men and women have made great sacrifices to forge universal values, uphold fundamental freedoms and advance international law and human rights. There is no greater risk to our civilisation than to relinquish these principles and to allow for their breach and denial without accountability.

Palestinian people have been struggling for decades for justice and the realisation of their inalienable rights. These rights have been repeatedly reaffirmed by countless United Nations resolutions. Universal values, international legality and human rights cannot stop at borders, nor admit double standards, and must be applied in Palestine. This is the way forward to a just and lasting peace in the region, for the benefit of all its peoples.

The realisation of these rights entails the release of Marwan Barghouthi and all Palestinian prisoners whose ongoing captivity is a reflection of the decades-long deprivation of  freedom that the Palestinian people have, and continue, to endure. Hundreds of thousands of Palestinians have been imprisoned at some point in their lives, in one of the most striking examples of mass detention aiming at destroying the national and social fabric of the occupied people, and to break its will to achieve freedom. Thousands of Palestinian political prisoners still languish today in Israel’s jails. Some Palestinian prisoners have spent over 30 years in Israeli prisons, making Israel, the occupying power, responsible for the longest periods of political detention in recent history.

The treatment of Palestinian prisoners from the moment of their arrest, during interrogation and trial, and during their detention, violates norms and standards prescribed by international law. These violations, including the absence of the most fundamental guarantees of a fair trial, the use of arbitrary detention, the ill-treatment of prisoners including the use of torture, the disregard for children’s rights, the lack of health-care for sick prisoners, transfer of prisoners into the territory of the occupying state, and the violations of the right to receive visits, as well as the arrest of elected representatives, require our attention and intervention.

Among these prisoners, a name has emerged both nationally and internationally, as central for unity, freedom and peace. Marwan Barghouthi has spent a total of nearly two decades of his life in Israeli prisons, including the last 11 years. He is the most prominent and renowned Palestinian political prisoner, a symbol of the Palestinian people’s quest for freedom, a uniting figure and an advocate of peace based on international law. As international efforts lead to the release of Nelson Mandela and of all the anti-apartheid prisoners, we believe that the international community’s moral, legal and political responsibility to assist the Palestinian people in the realisation of their rights, must help to secure the freedom of Marwan Barghouthi and all Palestinian political prisoners.

We therefore call, and pledge to act, for the release of Marwan Barghouthi and all Palestinian prisoners. Until their release, the rights of the Palestinian prisoners, as enshrined in international humanitarian law and human rights law, must be upheld and the arrest campaigns must cease.

One of the most important indicators of the readiness to make peace with your adversary is the release of all political prisoners, a powerful signal of the recognition of a people’s rights and just demands for freedom. It is the marker of a new era, where freedom will pave the way to peace. Occupation and peace are incompatible. Occupation, in all its manifestations, must end, so that  freedom and dignity can prevail. Freedom must prevail for the conflict to end and for the peoples of the region to live in peace and security.