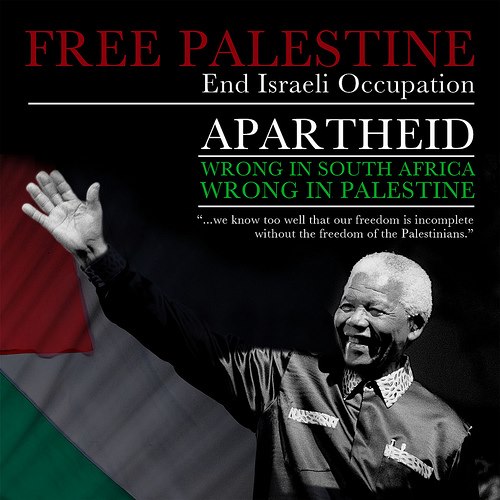 It is arrogance and chutzpah (audacity) of breathtaking scope for a pro-Apartheid Israeli lobbyist to accuse an anti-Apartheid government Minister of racism (letters, Dear minister, your views on Israel are racist,  Sunday Independent, 10 November).

The underlying reason that any South African victim of Apartheid would have “sleepless nights” when seeing the “dots” that was once Palestine is because it is starkly reminiscent of the Bantustans that dotted our own landscape under Apartheid.

For Monessa Shapiro to justify theft of Palestinian land based on the San Remo Conference where the signatories were the fascist regimes of Italy and Japan, the future allies of Germany’s Hitler, is ironic indeed. Millions of Russians, Polish, gypsies, Jews and others paid a heavy price, where over 50 million died in subsequent terrible wars.

It is the shameless abuse, distortion and misrepresentation of resolutions passed by International bodies against Israel for its numerous violations against International laws that single out this odious Apartheid regime for censure. Israel’s Apartheid system and illegal occupation and frequent invasion of Palestinian and neighbouring lands are war crimes and crimes against humanity.

To proclaim that Minister Nkoana- Mashabane’s statement that SA ministers “should not visit Israel is so ill-timed if not incredibly racist” because of “talks …aimed at an independent Palestinian state”, is downright insulting.

The sham “negotiations” for the last two decades is a deceptive ploy to steal more Palestinian land for Jewish-only settlements. The current talks with the corrupt, puppet Bantustan leader, Mahmoud Abbas, whose CIA-trained forces have been tasked to repress the Palestinians, is bound to fail.

A documentary by the Israeli Yotam Feldman entitled the Lab , is one of the most important exposés of the obscene rationale and execution of Israel’s hugely lucrative arms and security industries through the voices of some of its ex-military key operators.

The next time Monessa Shapiro has a sleepless night she must think of the weapons tested by Israeli killers on 1,398 Palestinian children murdered since 2000 and the hundreds of thousands of children who struggle with war trauma, PTSD and perpetual terror.