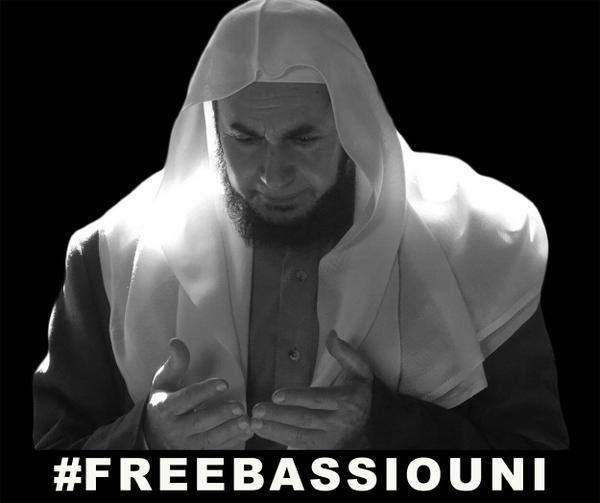 The Media Review Network (MRN) expresses its gravest concerns at the lack of movement on the part of the SA Government, regarding  Sheikh Abdus Salaam Jad Bassiouni.  Sh. Bassiouni remains incarcerated in an Egyptian prison without charge.

The incarceration of the Sheikh remains a beacon, illuminating the great crime of the Al Sisi regime and the cowardice of his judicial system. The systematic brutality, the widespread atrocities, the ruthless suppression  of free speech and expression of the Egyptian people, are hardly acknowledged or reported. The rights of ordinary Egyptians to speak out against these human rights violations unleashed in their name are being crushed.

To expect the Egyptian regime to change soon, is being naïve in the extreme. The MRN urges the South African government to confront the true aims, conceit and egotism of the al Sisi regime . Our Department of International Relations and Cooperation (DIRCO) must understand that a violent and undemocratic order has been imposed by those whose actions are little different from the actions of the fascists. That order must not be brought to our shores.

Below is an impassioned plea written by Bilal Bassiouni, on behalf of his family. The MRN fully supports this plea. We need DIRCO to read the letter and thereafter to expedite the negotiations with the Sisi regime which will ensure the speedy release of Sh. Abdus Salaam Bassiouni.

A note to your conscience: One year into my Father’s arbitrary detention

It is over a year into my father’s illegal administrative detention and my mind is entangled in questions that yearn for answers. In an effort to rationalize the current ghastly situation that my father is in and the lack of urgency that has been given to his case, I grapple with all the reasons that should afford him the assistance he so deservedly needs from his government and countrymen.

I begin from the notion of citizenship. Sheikh Bassiouni, a father of six, is a South African citizen who is domiciled in Johannesburg for the past 25 years. Three of his children were born in Johannesburg and four of them have graduated from South African universities. From my understanding and most probably that of many others, citizenship and the rights that follow should be enough of a qualifier to naturally evoke a responsibility from his government, which is liable by the constitution to protect its citizens. I continued the search for other criteria in case citizenship and rights were not enough.

Perhaps merit and value? My father holds a doctorate degree, is an ex-lecturer of the University of Johannesburg (UJ) and a humanitarian who has dedicated his life to the empowerment of the underprivileged communities in South Africa. During the 25 years my father has lived in South Africa he has established sixteen welfare centres that cater to orphans, the homeless and the impoverished. His efforts have helped provide scores of people with food, clothing, shelter and education. So, based solely on national interest and rationality (never mind morality taking from my experiences this holds no water), it becomes purely strategic for any rational government to protect its assets; not only for my father’s sake, but at least for the sake of the thousands of beneficiaries affected.

Once more if merit and value do not warrant help and action, through my search, I reached the concept of innocence and justice. Knowing the history of apartheid in South Africa and the atrocities that were in place such as administrative detention and arbitrary incarcerations, we more than any other nation should be able to grasp the concept of injustice. Innocently travelling with his children and grandchildren, my father was captured at the Cairo international airport and thrown in prison. One year has passed. Unsurprisingly no charges have been laid against him and no due legal process has been followed as Egypt is infamous for its human rights violations and dysfunctional legal system. Surely innocence is enough of a motive?

If this too is not enough, I present humanity and compassion.  My father is a 65 year old man with a severe back injury and suffers from chronic illnesses. He is currently languishing in a notorious prison, sleeping on the floor in a stuffed and unventilated cell with no medical treatment being provided. My father is battling for his life every single day and leaving a family behind that is entirely shattered.

I find it difficult to understand, taking the above into consideration that my father is still in jail. In fact, only one of the above aspects should be enough to provoke immediate action to release my father. Indeed I find practicing inaction incomprehensible than action given the context provided.

My frustrations then leads me to query, if my father was from another race or religion would the outcomes still be the same? Is it because he is of foreign decent that it makes it easier to ignore his plight or to be reluctant to help? Is my father just a victim of prejudice and bigotry and is just another victim of selectively applied justice? Maybe it is okay that a Muslim can openly be oppressed under any hoax pretext. It becomes more disheartening when I draw parallels and look at the examples of Cyril Karabus (held in the UAE) and the South Africans recently detained in China and the enthusiasm by my government to help release these individuals compared to the negligence conferred to my father. Have we become so blasé on violations that Dr. Bassiouni is just another casualty?

I do not understand the role of political interests or the obstacles in foreign relations nor do I wish to engage in it. Frankly, I am sickened from the jargon that has been used for finding excuses whenever I inquired into my father’s matter. Kindly, speak to me in a language I understand. Why is my father still in jail? Why have you done nothing to help him? When is he coming back?

So long as these questions have no tangible answers I can state for a fact that every day My father spends in his vile cell, is a day stolen from his life, is a day that my family continues to suffer, is a day his beneficiaries are defenseless, is a day where power holders have failed him and is a day that adds shame to us all.