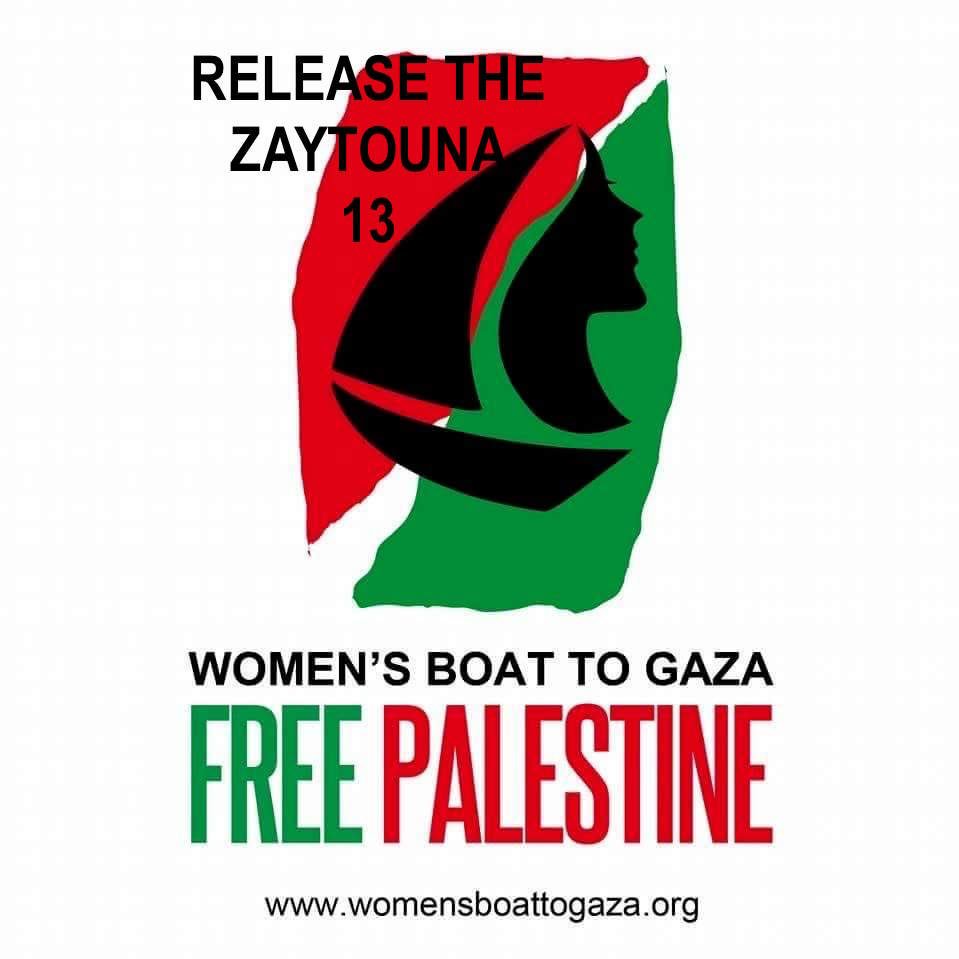 Earlier this evening communication with the Women’s Boat to Gaza(WBG) was lost entirely.

The dreaded anticipation of the unconscionable interception by Israeli Naval Forces have become a reality to the courageous women who are aboard the Zaytouna-Oliva.

The WBG is en route to the besieged Gaza Strip in occupied Palestine. On board she carries 13 women from Malaysia to the US and from Norway to South Africa. Among those on board are: Mairead Maguire, Irish Nobel Laureate, Marama Davidson and Samira Douaifia members of parliament from New Zealand and Algeria respectively, Ann Wright former colonel and diplomat from the US and South African Leigh-Ann Naidoo.

With this mission, the WBG aimed to highlight the undeniable sacrifices and indomitable spirit of Palestinian women whose contributions have been central to the struggle for the liberation of Palestine against the oppressive occupation, racist and discriminatory policies institutionalised by apartheid Israel.

The women aboard have championed the pursuit of justice for the oppressed people of Gaza. The WBG challenges the unlawful 10 year Israeli blockade imposed by the apartheid Israeli regime as collective punishment against the entire population of Gaza.

We salute our brave women and stand in solidarity as they have endeavoured to bring a message of peace and hope to the oppressed !

Despite the repetitive announcements that the humanitarian solidarity mission is a peaceful, non-violent, Israel continues with impunity to capture human rights activists and commit acts of piracy in the High Seas and/or in the territorial waters of Gaza Strip.

These provocative acts by the Israeli Naval Forces violate international law, international humanitarian law, United Nation Conventions and the Law of the Seas.

These 13 unarmed activists have made the ultimate sacrifice and we call on every peace and justice loving persons all over the world to lobby their Governments to demand for the immediate release of the Zaytouna-Oliva 13, for the respect of fundamental human rights, consular access and the safe return of all aboard to their home countries.

We further demand for the immediate end to the siege and blockade, apartheid Israel’s belligerent occupation of Gaza and the cessation of their continued violation of Palestinians inalienable human rights.

The international community must intervene now. Apartheid Israel must be held criminally responsible and perpetrators of this ghastly act committed in the high seas by Israeli Naval Forces must be charged at the International Criminal Court.

Issued by: Women’s Boat to Gaza