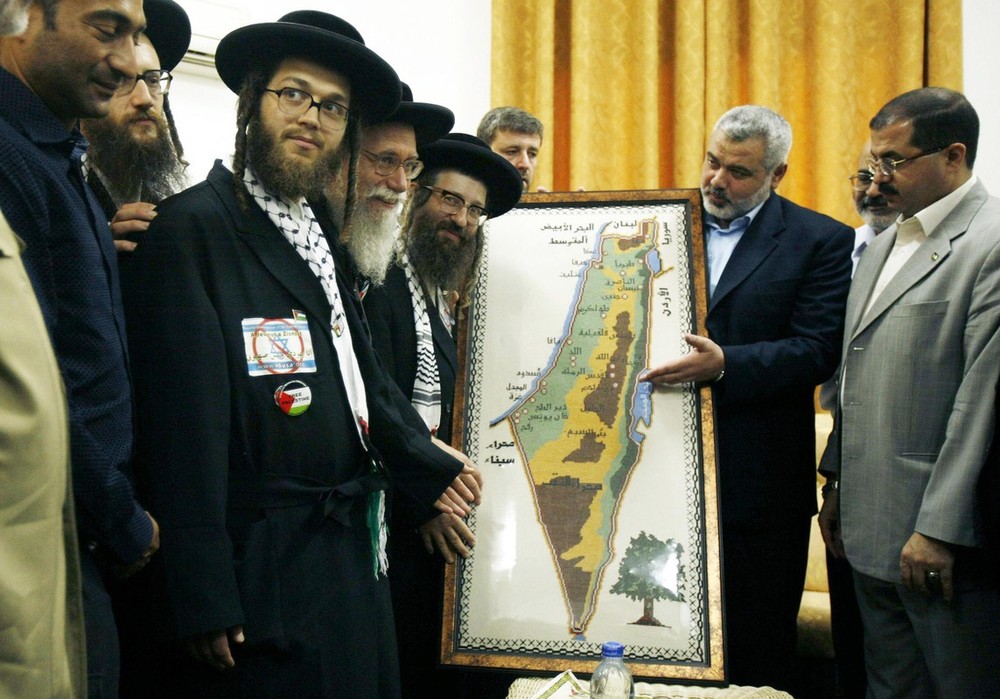 With the help of the Almighty,

In the name of Jews true to the Almighty and His Torah, throughout the world, including those residing in occupied Palestine.

Greetings and congratulations on your appointment as Political Chief of the Palestinian organization Hamas! May the Almighty grant you great success and achievements in your new position to do the will of the Almighty.

We humbly would like to remind Your Excellency of the joint history of our peoples in the recent past. When the Zionist movement first began, Orthodox rabbis around the world were alarmed and concerned about its possible consequences. There began a great internal conflict among the Jewish people in which the Orthodox fought the Zionists and attempted to curb their influence.

Part of the tragedy of the Holocaust was that we lost most of the Orthodox Jewish leaders of Europe. As opposition to Zionism lost much of its numbers and strength, the Zionists took advantage of the opportunity to convince the weak and bereaved survivors to join their ranks, leading to the rise of the state just after the end of World War II.

However, anti-Zionist Jews remained, and led by their rabbis, they rebuilt their communities, and continued the battle against Zionism and its new state. The true Jewish faith teaches complete opposition to any form of a Jewish state. Jews must remain waiting in exile, not having their own sovereign state or fighting wars against any nation.

Authentic Jews have always sympathized and mourned with the plight of the Palestinian people. We know that Palestinians are our friends. The older Jews in our communities still remember the days when we lived side by side peacefully in Palestine. And even today, Palestinians who know the true facts about Judaism and Zionism have always lived on friendly terms with the authentic Jews.

We still remember the warm reception Your Excellency gave us in Gaza City in July of 2009, at which time you made very clear that, “We have nothing against Jews and nothing against Judaism; we are only against the occupation.” We are grateful to the Hamas leadership for the care, concern and hospitality that they provided to us during our stay in Gaza, and the respect and friendship they showed us.

We were pleased to see that Your Excellency was well-informed regarding the fact that countless Jews in communities throughout the world, of course including in occupied Palestine, do not support Zionism. We were impressed that you understood that Jews who have no connection with Zionism are not responsible for what Zionists do.

We appreciate Hamas’s understanding of these facts, especially as expressed in the new version of your charter: “Hamas affirms that its conflict is with the Zionist project, not with the Jews because of their religion.”

That is the key to peace in our time. Understanding will lead us back to the peace that once was. Despite all the crimes committed against the Palestinian people, supposedly in our name, we see that the Palestinians are not fooled.

Photo: Delegation of Neturei Karta receiving present from Prime Minister Ismail Haniyeh, at a meeting during their visit to Gaza City in July of 2009.