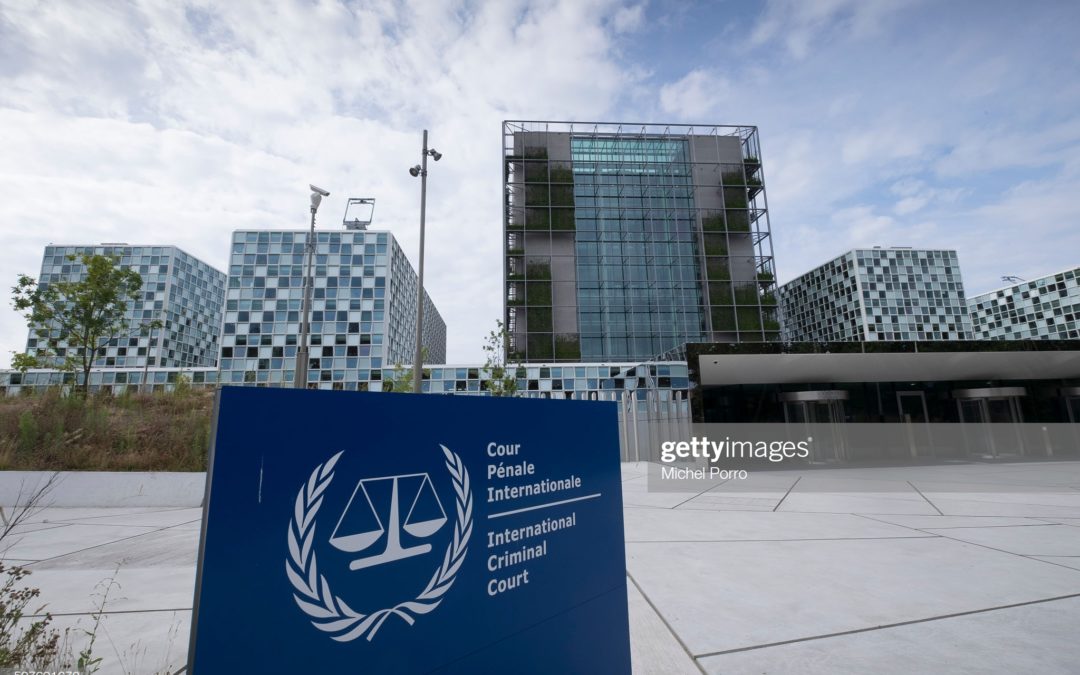 Whoever has any suspicion that the ICC’s reluctance to prosecute Israel for war crimes is due to pro-Israel bias by its prosecutor, have been spot on.

In a timely intervention, South Africa’s highly respected jurist Professor John Dugard, has called for an urgent investigation into the fitness of Fatou Bensouda to continue holding her position as the Prosecutor at the International Criminal Court (ICC).

Speaking at an event at an Assembly of State Parties to the Rome Statute, The Hague, Dugard raised a number of crucial concerns about Bensouda’s pro-Israeli bias.

Dugard is no push over. As Emeritus Professor of Law at the universities of Leiden and the Witwatersrand he served as Special Rapporteur on the Human Rights Situation in the Occupied Palestinian Territory, from 2001 to 2008. And as a former Judge ad hoc at the International Court of Justice; and a member of the Advisory Board of The Rights Forum, his opinions are highly regarded.

In his presentation, Dugard said it’s become abundantly clear that the Office of the Prosecutor (OTP) is determined not to open an investigation into crimes committed by Israel in Palestine and against the Palestinian people.

He pointed out that despite ten years of preliminary examinations and overwhelming evidence, he found it strange that Bensouda has found no basis to proceed to the next stage of the investigation.

Dugard alluded to the fact that Bensouda refused to do so in the midst of four Human Rights Council’s independent fact-finding mission reports, an advisory opinion of the International Court of Justice, resolutions of the Security Council and General Assembly, numerous Israeli, Palestinian and international  NGO reports, extensive TV coverage and video recordings depicting and testifying to war crimes and crimes against humanity.

Shockingly, despite overwhelming grounds for prosecution, Bensouda in her latest report, fails to give a straight and reasoned explanation for her failure to commence an investigation. Though her persistent refusal to proceed makes no sense, Dugard is satisfied that there is more than sufficient evidence to support a finding that Israel has committed war crimes by using excessive and disproportionate force and violence against civilians in Gaza and the West Bank.

In his submission, Dugard said he is convinced the evidence is clear that Israel’s settlement enterprise constitutes apartheid and has resulted in the forcible displacement and transfer of thousands of Palestinians from their homes, meaning that it “has committed crimes against humanity”.

He explained that the law is clear on the crime of the transfer by an Occupying Power – Israel – of parts of its civilian population into the occupied territories of the West Bank and East Jerusalem. He emphatically insisted that due to both the law and facts being clear, there existed no possibility whatsoever of dispute or debate.

Dugard spelled out the relevant imperatives of the Rome Statute which render Israel’s conduct as war crimes. In addition he cited articles of the Fourth Geneva Convention as well as provisions of customary international law. And in setting out the facts, Dugard reminded his audience that 700,000 Jewish Israeli settlers live in about 130 settlements in the West Bank and East Jerusalem. These settlements are clearly within Occupied Palestinian Territory – as held by the International Court of Justice.

Thus if the evidence clearly provides a reasonable basis to believe that a crime within the jurisdiction of the Court has been committed, “culpable failure to take steps to suppress a crime when under a duty to do so makes the Prosecutor complicit in the commission of the crime”, claimed Dugard. “There is overwhelming authoritative support for the conclusion that Israel’s settlements are illegal under international law.”

The International Court of Justice unanimously held the settlements have been established in breach of international law. Likewise the UN Security Council has condemned settlements as illegal, most recently in 2016 in Resolution 2334. And Dugard reiterated that even Israel’s own legal adviser Theodor Meron advised that they were illegal when Israel embarked upon this colonial enterprise.

The conclusion drawn by Dugard on why Besouda refuses to indict Israel is that non-legal, political factors have guided her decision. Clearly a stinking rebuke and damning indictment of the OTP, unambiguously accusing Bensouda of ignoring legal imperatives.

Why would Fatou Bensouda be in dereliction of her duty?

In his own words Dugard explained as follows:  “As I see it, there are two possibilities: a deliberate collective decision by the Prosecutor, her deputy and senior officers not to prosecute; or in articulated factors that have led the Prosecutor and her staff to a bias in favour of Israel.”

And unsurprisingly the most likely reason for it would be fear of retaliation from Israel and the United States. Or as Dugard further explained, it might be sensitivity to the widespread view prevalent among European states that the ICC is too fragile an institution to withstand the backlash that might follow such an investigation.

In an interesting background check on Bensouda, Dugard advanced additional factors in what he referred to as her “life-history, particularly in The Gambia” to provide some indication of unarticulated reasons for her decision to protect Israel. During the repressive reign of Yahya Jammeh in The Gambia, Bensouda served as Minister of Justice. “Repression was the order of the day as human rights vigorously suppressed. The Minister of Justice (Bensouda) could not remain aloof from this. That she was involved in this process of repression has become clear from evidence before The Gambian Truth, Reconciliation and Reparations Commission.”

These shocking facts certainly make a compelling case to have Bensouda removed from her position. Its unimaginable to have the ICC tainted by having its Prosecutor implicated in torture, detention without trial and denial of legal representation during her term in the cabinet of Gambia’s brutal dictator.

It is inexplicable that the world has been silent on the extremely compromised position of Bensouda, limiting her ability to deliver justice for the Palestinian people. Her failure to do so is a tragic reflection of the pervasive levels of injustice that have polluted not only the ICC but most if not all international platforms entrusted to dispense justice.