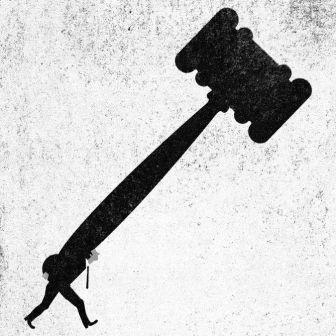 The conflict in South Sudan is only the latest instance where extreme violence has erupted after a breakdown of political order. But rather than prioritizing political reform, the international community tends to focus on criminalizing the perpetrators of violence.

Since the end of the Cold War, the world has looked to the Nuremberg Trials as a model for closure in the wake of extreme violence; international criminal trials are the preferred response. This common sense should have come under scrutiny in recent months after a growing number of countries in the African Union advocated withdrawal from the International Criminal Court. Instead, the debate has focused on the motives of African leaders, not on the inadequacy of court trials as a response to politically driven mass violence.

The International Criminal Court is built on the model of Nuremberg. But mass violence is more a political than a criminal matter. Unlike criminal violence, political violence has a constituency and is driven by issues, not just perpetrators.

The clearest alternative to the Nuremberg model since the trials ended in 1949 is the complex set of negotiations, known as the Convention for a Democratic South Africa (Codesa), which brought an end to apartheid in the 1990s. The Codesa negotiations involved the ruling National Party, the African National Congress and a variety of other political organizations. They succeeded in putting together a constitution that would inaugurate a new post-apartheid political order. The lesson of Codesa is that it is sometimes preferable to suspend the question of criminal responsibility until the underlying political problem has been addressed.

Nuremberg unfolded as part of a contrary logic. In a short period of time, the Allies carried out the most far-reaching ethnic cleansing in the history of Europe, not only redrawing borders but moving millions across national boundaries. The overriding principle was that there must be a safe home for survivors. The term “survivor” was itself a post-Holocaust innovation: It applied to yesterday’s victims. The assumption was that victims’ interests must always be put first in the new political order.

Central to the kind of justice dispensed at Nuremberg was the widely shared assumption that there would be no need for winners and losers (or perpetrators and victims) to live together in the aftermath of victory.

South Africa’s Codesa talks represented a recognition by both sides that their preferred option was no longer within reach: Neither revolution (for the liberation movements) nor military victory (for the regime) was in the cards. Both sides were quick to grasp that if you threaten to put your opponents in the dock, they will have no incentive to engage in reform.

Rather than criminalize or demonize the other side, as was tempting, they sat down to talk. The process was punctuated with many a bloody confrontation, like the assassination of the popular South African Communist Party leader, Chris Hani, but the eventual outcome decriminalized the alleged perpetrators and incorporated them into the new political order. Yesterday’s mortal enemies became mere adversaries.

Just as the violence in South Africa in the early 1990s was a symptom of deep divisions, the same is true of extreme violence in today’s Kenya, Congo, Sudan and South Sudan. Nuremberg-style trials cannot heal these divisions. What we need is a political process driven by a firm conviction that there can be no winners and no losers, only survivors.
Watch Now: Cooking a family meal on two simple sheet pans

Watch: Facebook, by the numbers
Watch: Colorful style in London

South Africa’s transition was preceded by a political settlement in Uganda at the end of the 1980-86 civil war. The political solution took the form of a power-sharing arrangement known as the “broad base,” which gave cabinet positions to opposition groups (including leading members of Idi Amin’s regime) that agreed to renounce violence.

The peace process in Mozambique decriminalized Renamo, a guerrilla opposition group aided and advised by the apartheid regime, whose practices included the recruitment of child soldiers and the mutilation of civilians. Renamo’s commanders and figureheads were brought into the political process and invited to run in national and local elections.

The “broad base” deal in Uganda, the South African transition and the postwar resolution in Mozambique were all achieved before the International Criminal Court came into existence.

There is a time and a place for courts, as in Germany after Nazism, but it is not in the midst of conflict or a nonfunctioning political system. Courts are ill-suited to inaugurating a new political order after civil wars; they can only come into the picture after such a new order is already in place.

Because criminal trials are driven by a winner-takes-all logic — you are either innocent or guilty — those found guilty and punished as perpetrators are denied a life in the new political order. And this can be a dangerous outcome, as South Africans on both sides realized when they sat down to negotiate the end of apartheid.

In civil wars, no one is wholly innocent and no one wholly guilty. And extreme violence is seldom a stand-alone act. More often than not, it is part of a cycle of violence. Victims and perpetrators often trade places, and each side has a narrative of violence. To call simply for victims’ justice, as the I.C.C. does, is to risk a continuation of civil war.

Human rights may be universal, but human wrongs are specific. To think deeply about human wrongs is to wrestle with the problems that give rise to acts of extreme violence, which means fixating less on perpetrators and particular atrocities, and being more alert to issues that drive continuous cycles of conflict from which communities need to emerge. For this to happen, there can be no permanent assigning of victim and perpetrator identities. Instead, there must be a political process where all citizens — yesterday’s victims, perpetrators and bystanders — may face one another as today’s survivors.

Most colonized societies have at some point experienced one or another form of civil war — often as a result of debates over who was complicit in colonial rule and who was not. These societies tend to fracture further over who does or does not belong to the nation, and who qualifies for citizenship.

The United States also had a civil war. Its fault lines were already visible nearly a century before, at independence. Americans would do well to remember that the country’s political leadership was wise enough to rule out court trials for the defeated at the end of the Civil War and instead opt for Reconstruction.

Thabo Mbeki, president of South Africa from 1999 to 2008, has served as an African Union envoy to Sudan and South Sudan. Mahmood Mamdani is executive director of the Makerere Institute of Social Research in Kampala, Uganda, and a professor at Columbia University.