Egypt slips from US democratic agenda 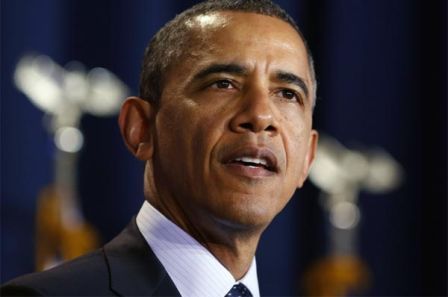 Last month, US President Barack Obama gave his annual State of the Union address. The speech is the president’s opportunity to assess the condition of the country, as well as set out his legislative agenda and his national and international priorities. This year, Obama did not spend long on foreign policy, saying that the US was “supporting those who are willing to do the hard work of building democracy”. His list of such nations did not include Egypt, which some watchers of foreign policy have labelled a “glaring omission”.

It was the second time in a week that a speech by a top figure from the US government has failed to mention Egypt. At the World Economic Forum in Davos, Switzerland, the Secretary of State John Kerry made no reference to the country, which was once an American foreign policy priority.

So what is behind this apparent shift? White House spokespeople have been keen to downplay the omission, pointing out that Obama’s speech dedicated only a short section to foreign policy and that every country cannot be mentioned.

However, analysts have suggested that it is yet another indicator that Egypt has dropped significantly in the order of priorities for the US. For decades, America has provided huge military and general aid to Egypt. During the Clinton administration, it was often described as the most prominent player in the Arab world. The support of Egypt – one of the largest military powers in the Middle East – was seen as essential to retaining US influence in the region. Since Egypt’s peace treaty with Israel in 1979, America has provided billions of dollars in military and economic support, making Egypt the second largest non-NATO recipient of US military aid after Israel.

That relationship began to sour shortly before dictator Hosni Mubarak was ousted in 2011. As his downfall became inevitable, the US distanced itself from its former ally. During the tumultuous political transition that followed, Washington has struggled to reconfigure its relationship with Cairo. The Muslim Brotherhood government elected after the overthrow of Mubarak, headed by President Mohamed Morsi, was notably more reserved in its relations with the west than previous Egyptian administrations. However, it was after Morsi’s ouster by a military coup in July 2013 that the US found itself in a very difficult position. Despite its suspicion of Morsi’s Islamist politics, the US was unable to endorse the military takeover of a democratically-elected government, given its avowed commitment to freedom and democracy. Yet the Obama administration was also reluctant to characterise events as a coup as this would trigger an automatic constitutional mechanism that would suspend military aid and jeopardise US interests. Behind the scenes, US officials had worked to prevent a coup, and failed. They also worked to temper the interim government’s harsh crackdown on Muslim Brotherhood supporters, and failed. As these atrocities continued, it suspended part of its military aid (leaving funds in place for counter-terrorism and some other areas).

Writing in the New York Times, Roger Cohen argued that the situation has been handled badly: “This Egyptian debacle is a significant failure for the United States. And of course, like red lines that proved not to be so red in Syria, it has sent a message of American retreat.”

Another argument would be that Obama’s administration is simply recognising a shift in the facts on the ground. It does not enjoy the same influence in Egypt that it did during Mubarak’s rule. The current regime, bolstered by billions of dollars of support from Saudi Arabia and other Gulf states that opposed Morsi, is not in thrall to US pressure because it is not dependent on US money. With a broadly anti-American climate in the Egyptian press, it is beneficial for the interim government to appear immune to US pressure. Against this backdrop, some argue, assuming a background role is the best thing the US can do.

It is true, however, that the American response to the swiftly changing political landscape in Egypt has been confused at best. The refusal to use the word “coup” undermined the condemnations of human rights abuses, while the partial reduction in the $1.5 billion aid package does not send a strong signal to Egypt’s rulers.

The US retains an interest in Egypt’s stability: it wants to preserve the 1979 peace treaty with Israel, to cooperate with the country on fighting terrorism and to secure the price of oil. Whether it can continue to do these things while stepping back from the alliance, or whether Obama will be forced to rethink his strategy, remains to be seen.